President Clinton met with three of the City Year volunteers before speaking to the wider audience. He praised the young City Year UK volunteers for serving as an inspiration to children and said “You’ve changed their sense of what is possible.” He added “City Year has given you awesome skills and every child you volunteer with can be empowered to live a different tomorrow by you…I hope this is something that will grow and grow and grow.”

We were honoured to host the visit of President Clinton and delighted to be able to support our partnership with City Year in this way. 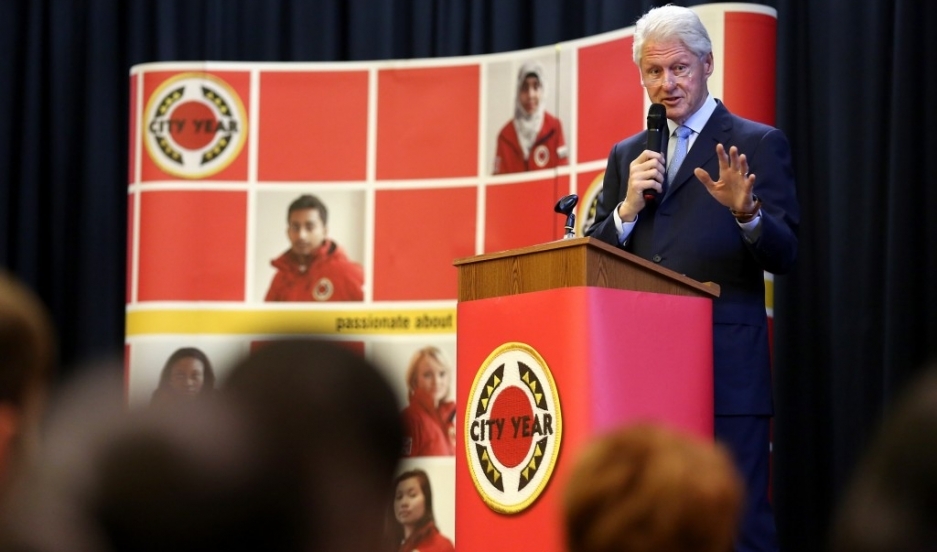