Roald Dahl’s final novel for children is also, arguably, his best, with the tale of book-loving Matilda Wormwood’s quiet revenge against her grotesque guardians possessing real emotional depth. A darkly hilarious tribute to the joys of reading, Matilda fizzes with invention and imagination. Read now!

When the Selfish Giant decides to build a wall around his garden to prevent the children from playing in it, it becomes barren and stuck in perpetual winter. It takes a wonderful event and the heart of a young boy for him to realize the error of his ways. Read here!

Published as a ‘shilling shocker’, Robert Louis Stevenson’s dark psychological fantasy gave birth to the idea of the split personality. The story of respectable Dr Jekyll’s strange association with ‘damnable young man’ Edward Hyde; the hunt through fog-bound London for a killer; and the final revelation of Hyde’s true identity is a chilling exploration of humanity’s basest capacity for evil. Read now.

Another hilarious and moving novel from David Walliams. A story of prejudice and acceptance, funny lists and silly words. Our hero Ben is bored beyond belief after he is made to stay at his grandma’s house. She’s the boringest grandma ever: all she wants to do is to play Scrabble, and eat cabbage soup. But there are two things Ben doesn’t know about his grandma.

1) She was once an international jewel thief.

2) All her life, she has been plotting to steal the Crown Jewels, and now she needs Ben’s help. Read Now! 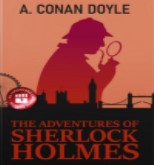 The Adventures of Sherlock Holmes is a collection of twelve stories written by Arthur Conan Doyle, featuring his famous detective. Featured tales include several of the author’s personal favourites: “A Scandal in Bohemia” —in which a king is blackmailed by a former lover and Holmes matches wits with the only woman to attract his open admiration— plus “The Speckled Band,” “The Red-Headed League,” and “The Five Orange Pips.“Read here.

Dracula is an 1897 Gothic horror novel by Irish author Bram Stoker. Famous for introducing the character of the vampire Count Dracula, the novel tells the story

of Dracula’s attempt to move from Transylvania to England so he may find new blood and spread undead curse, and the battle between Dracula and a small group of men and women led by Professor Abraham Van Helsing. Dracula has been assigned to many literary genres including vampire literature, horror fiction, the gothic novel and invasion literature. The novel touches on themes such as the role of women in Victorian culture, sexual conventions, immigration, colonialism, and post-colonialism. Although Stoker did not invent the vampire, he defined its modern form, and the novel has spawned numerous theatrical, film and television interpretations. Read here

More than anything in the world, Andrew Marcus wants freckles. His classmate Nicky has freckles–they cover his face, his ears, and the whole back of his neck. But when Andrew asks Nicky where he got them, Nicky just says he was born with them. Some help he is! That’s when Sharon offers Andrew her secret freckle juice recipe–for fifty cents, she promises, Andrew can look just like Nicky. His freckleless days are over! He rushes home to whip up the concoction. Grape juice, vinegar, mustard… But what starts out as a simple freckle juice recipe quickly turns into something disastrous. Andrew is still determined to get his freckles, and to show that pesky Sharon that she doesn’t know everything–and he has the perfect solution! Or does he? Read Now!

AGATHA CHRISTIE FANS – To read any of the books below click here. 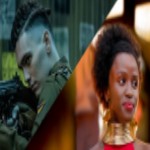 Malorie Blackman’s smash hit series about an alternate reality based in a 21st-century parallel universe is televised. Their world, technologically at least, is similar to the one we live in today: about the same jobs, same type of government etc. But there is one key difference: equality between races is lacking and there aren’t many laws or constitutions to protect from discrimination. Watch Now 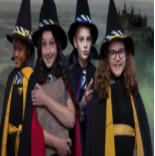 Jill Murphy’s hilarious and heart-warming series about Mildred Hubble, a teenage witch navigating a magical secondary school is worth a watch. Watch now

A Tale of Two Cities

One of the most famous works in the history of fictional literature is brought to life in a high quality entertaining animated feature for your kids and family. This is the classic tale of a selfless Englishman who generously gave his life for one courageous French nobleman. Children will learn about the heroic men and women who struggled for their freedom during the French Revolution. Watch Now

A murder mystery like no other. The detective, and narrator, is Christopher Boone. Christopher is fifteen and has Asperger’s Syndrome. He knows a very great deal about maths and very little about human beings. He loves lists, patterns and the truth. He hates the colours yellow and brown and being touched. He has never gone further than the end of the road on his own, but when he finds a neighbour’s dog murdered he sets out on a terrifying journey which will turn his whole world upside down. Watch Now

See Shakespeare as it was meant to be viewed- performed on a stage. One of the Bard’s most infamous plays about the two star-crossed lovers brought to life.  Watch Now

The Little Prince narrated by Kenneth Branagh with text to follow along.

“An air pilot makes a forced landing deep in the Sahara Desert. There, he makes a mysterious Little Prince, who tells him a series of wise and enchanting stories. This simple, beautiful fable has captured the imaginations of both adults and children ever since it was first published in the 1940s.” Watch Now

John le Carre drew on his own experience as a spy to create this adventurous, suspenseful novel. The film is now showing on BBC iPlayer. Watch Now 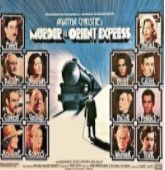 Murder on the Orient Express

A brilliant adaptation of the first and second books in Philip Pullman’s trilogy which starts off in a parallel fantasy-setting Oxford.  Watch the series now!

Full of fascinating, lifelike characters, this book is one of Charles Dickens’ best and most accessible. This film might help you begin your journey to knowing Dickens’ fiction. Watch Now 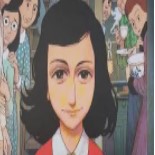 The tragic, inspiring diary of the young schoolgirl hiding from Nazis in WWII is animated into a feature film. Watch Now 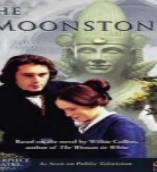 The Moonstone by Wilkie Collins

Precious gems, corrupt people in power… Wilkie Collins’ book is considered by many as an early example of the modern detective novel. Watch Now 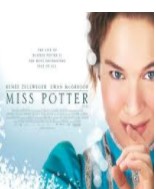 A biographical film account of Beatrix Potter, the well-loved author and illustrator of Peter Rabbit and friends. Beatrix Potter (Renée Zellweger) overcomes many obstacles in her quest to become a writer, including a domineering mother and the chauvinism prevalent in Victorian England. She falls in love with her publisher, Norman Warne (Ewan McGregor), and his marriage proposal and a subsequent tragedy change her life forever. Watch Now

When aging brother and sister Marilla and Matthew Cuthbert decide to adopt an orphan boy to help with chores around their farm, Green Gables on Prince Edward Island, neither is prepared for the feisty and imaginative redheaded girl who is mistakenly brought to them instead and will change their lives forever. Listen now

Black Beauty is one of the best-loved animal stories ever written. The dramatic and heart-warming tale is told by the magnificent black horse himself, from his idyllic days on a country squire’s estate to his harsh fate as a London cab horse and his merciful rescue by two kindly old ladies. Impossible to get through this book without crying! Listen now 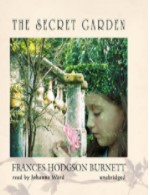 Mary Lennox, a spoiled, ill-tempered, and unhealthy child, comes to live with her reclusive uncle in Misselthwaite Manor after the death of her parents. There, she meets a hearty housekeeper and her spirited brother, a dour gardener, a cheerful robin, and her wilful, hysterical, and sickly cousin, Master Colin.

With the help of the robin, Mary finds the door to a secret garden, neglected and hidden for years. When she decides to restore the garden in secret, the story becomes a charming journey into the places of the heart, where faith restores health, flowers refresh the spirit, and the magic of the garden, coming to life anew, brings health to Colin – and to Mary, happiness. Listen Now

Now a superstar striker for Tottenham Hotspur and England, Harry Kane’s hard work and determination have paid off. Kane is the amazing story of how the boy from North London became the Premier League’s most lethal goal-scorer. Listen Now 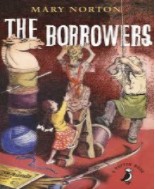 The Borrowers live in the secret places of quiet old houses: behind the mantelpiece, inside the harpsichord, under the kitchen clock. They own nothing, borrow everything and think that human beings were invented just to do the dirty work. Arrietty’s father, Pod, was an expert Borrower. He could scale curtains using a hatpin and bring back a doll’s teacup without breaking it. Girls weren’t supposed to go borrowing, but as Arrietty was an only child her father broke the rule – and then something happened which changed their lives. She made friends with the human boy living in the house… Listen now

‘They could not have had a more perfect day for a garden-party if they had ordered it.’ A windless, warm day greets the Sheridan family on the day of their garden party.  As daughter Laura takes the reins on party preparations the news

of a neighbour’s demise casts a cloud over the host and threatens the entire celebration. Listen Now

Did you know that Disney’s film about a childrens’ nanny and her magical adventures was originally a book series? Be warned: the Mary Poppins of the books is sarcastic and smart, not the graceful, perfect person of the film! Listen Now